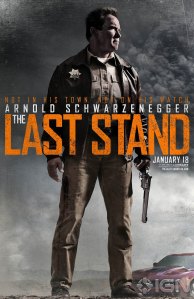 Now I know what you guys are thinking, “Hey!  The Last Stand is not horror!!!”  First, calm down.  Second, this film was directed by I Saw the Devil’s Kim Jee-Woon, a film which was atop of several horror bloggers/horror journalists top ten lists of 2011.  Third, the death sequences in this movie are so ridiculous and over the top that this could qualify as a genre film, similar to The Raid: Redemption.  Forth, it’s my site so I’ll choose what I want.  Fifth, get ready for the review of this underrated gem that every genre and Schwarzenegger fan should watch. END_OF_DOCUMENT_TOKEN_TO_BE_REPLACED 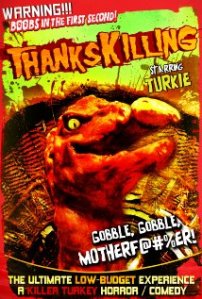 Wow.  Wow.  Wow.  What a movie to make my triumphant return with.  They say you can’t judge a book by its cover and boy, after watching this film, I totally agree with that old saying.  Just by looking at this image here to the left, you assume that this is going to be a complete waste of time.  Don’t get me wrong, this film is not great, but it has enough going for it that will keep you entertained for the extremely low 66 minute running time. END_OF_DOCUMENT_TOKEN_TO_BE_REPLACED 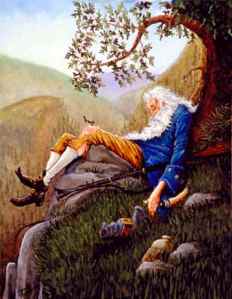 Hello all and welcome back to Man vs Horror, the web’s premier site where an average film junkie who loves horror tackles said genre head on.  I’ve been gone for quite some time due to several personal problems that have arisen within the past 4 months.  Not to go into too much detail but there have been several life altering events that have changed my life within the past year which has lead to me neglecting this site and my fans (the six of you who are out there; you too President Denis Sasso Nguesso, leader of the Republic of Congo).  Below are my pledges to you, the fans.

END_OF_DOCUMENT_TOKEN_TO_BE_REPLACED 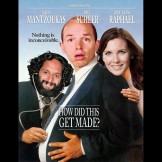 Hello all and welcome back to Man vs Horror.  One of my favorite mediums of entertainment are podcasts and the one podcast I listen to religiously is How Did This Get Made? over at Earwolf.  Every two weeks the hysterical group of comedians, Paul Scheer, Jason Mantzoukas, and June Diane Raphael discuss bad films.  In the past they’ve done Jaws 4: The Revenge, The Room, 88 Minutes, The Wicker Man, and other crappy movies that really does beg the question, how did this get made?  If you haven’t heard their show yet, I suggest downloading them on iTunes or from Earwolf.  Fans of cinema will appreciate their humor as they poke fun at ridiculous films.  END_OF_DOCUMENT_TOKEN_TO_BE_REPLACED 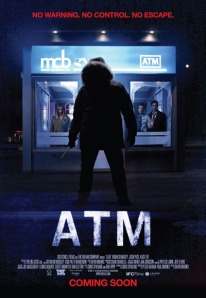 Wow.  That’s all I have to say about this movie.  Chris Sparling, the writer behind the criminally underrated gem, Buried, tries to take another shot at the notion of “being trapped in a _____” and fails in so many different ways.  If you’ve seen the trailer for this film you’ve essentially seen the entire movie.  The only thing missing from the trailer are the insane plot holes, weird “twist” ending, and the pure anger you will experience once the credits start rolling. END_OF_DOCUMENT_TOKEN_TO_BE_REPLACED

Here is my contribution to Tyson Carter’s brilliant feature, “Desert Island Films,” over at his site Head in a Vice. Check his site out for some great reviews.

Head In A Vice Matt from Man vs Horror has kindly submitted his Desert Island Films. Read on for his choices and reasons, and be sure to check out his site.

Hello all and welcome back to Man vs Horror.  Today I am partaking in an excellent blogathon from the wonderful group over at Myfilmviews.  In this blogathon I will confess to certain things, some good, some bad, and some ugly.  Grab a sandwich and soda, kick back, and prepare to enter the mind of a film nerd with too much time on his hands.  (Oh, if you are interested in joining this blogathon, head on over to the link provided here to sign up.) END_OF_DOCUMENT_TOKEN_TO_BE_REPLACED

Hello everyone and welcome back to Man vs Horror.  I’ve been a bit busy so I apologize for not posting anything for the past week and a half.  To make up for it, I’ll do a Special Edition of Movie Poster Monday in honor of today, when the biggest and most anticipated superhero movie of all time is released (or until Marvel releases Avengers II).  That’s right folks, I’m talking about The Dark Knight Rises, Christopher Nolan’s conclusion to his Bat mythos.  As an avid comic book fan and a die hard Batman fan, I decided to go off the horror track and offer you a Batman themed edition of Movie Poster Monday.  Without further adieu: 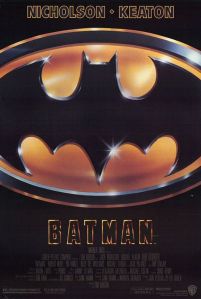 Nicholson!  Keaton!  Batman!  A simple yet effective poster that conveys one simple message:  WATCH THIS MOVIE!!!!  IT’S BATMAN WITH NICHOLSON AND KEATON!!!!!  This poster is what built the hype machine for Batman in 1989 and brought a new generation of viewers/readers into the world of Gotham City. END_OF_DOCUMENT_TOKEN_TO_BE_REPLACED

Hello and welcome back to Man vs Horror.  Today we have quite the unique matchup:  one is a hated sci-fi movie that is based on a beloved comic book, and the other is by far one of the creepiest films you will ever watch.  Ladies and gentlemen, let the battle begin: 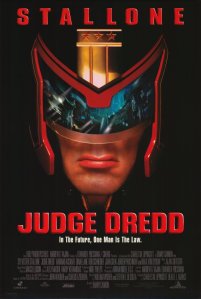 For this movie being complete garbage, this poster is pretty sweet.  The whole essence of the Judge Dredd comic book is a lonely, solitary, faceless man’s journey as he dishes out his brand of justice on the scum of Mega-City One.  That is one big reason why this movie failed:  it did not follow the source material.  Instead of a faceless man who dishes out justice, we see Stallone’s mug every minute as he screams some form of LAW!!!!!!!!  The poster does convey the message of the comic book as we see the faceless Dredd, with a sneer that could frighten the devil, watching over his precious city.  Let’s hope the reboot serves the comic book “justice.”  See what I did right there??????? 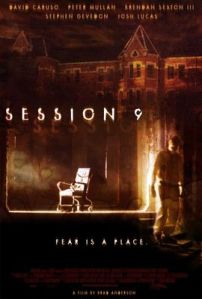 WOW!  Not only does this film give you goosebumps, the poster is frightening.  I mean, come on, look at that chair!!!!!!  What’s it doing there?  Where’s the person who’s supposed to be sitting in it?  Maybe he’s here.  The poster has several elements:  the ghostly man in the corner, the creepy building up top, and that chair right dab in the middle of it all.  Even the font of the text is creepy.  And the tagline, “Fear Is A Place,” is the icing on the cake of this excellent poster.  If you haven’t seen this one yet, stop what you’re doing and watch it.  I guarantee it’ll be a great experience if you want a haunted house film that is pure character analysis.  (And what’s with the chair!?!?!?)

Hello and welcome back to Man vs Horror.  Today we have two films with shock, twist endings.  One twist ending has been dissected and analyzed to try to solve the film’s riddle while the other has a sad, disturbing ending that breaks far from the source material.  Also, the poster shares a common theme:  the protagonist has his back to us while he stares at what’s ahead. 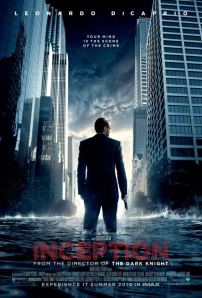 One look of this poster makes you think “what the hell am I looking at?”  Structurally, this poster has a lot going on in it.  Leo is holding a gun, in a suit, in the middle of a flooded city.  But why?  This poster certainly passes the “look test,” causing you to stop what you’re doing, stare at it, and draw your own conclusions as to what the hell is going on.  For a few months after the first teaser trailer hit during Super Bowl XLIV, nobody had a clue as to what the film was going to be about and the poster doesn’t help either.  The poster, like the film, is very fresh and evokes a great sense of mystery. 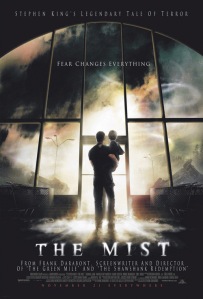 Another poster that passes the “look test.”  Like the Inception poster, it really forces you to ask yourself “what the hell is going on?” But unlike Inception, you have a clue as to what’s going on:  a father and son are hiding in a building from the mist that’s outside.  But the $64,000 question is: what’s in the mist?  The poster gives no indication as to what’s in it or why they are hiding from it, but you get the assumption that the mist is bad.  The lighting is superb as well, with shades of dark light and smack in the middle, bright, almost holy light.  Fantastic poster for a fantastic little gem.

Feel free to contact me with any questions, suggestions, product/film review, link up requests, promotional materials, at Manvshorror@gmail.com